A new study rocked the climate science world last week looking at the holistic biochemistry and net emissions of the Amazon Rainforest. This is one of the first ever fully comprehensive studies of the Amazon as a whole, and took nearly 2 years to complete. Here is a link to the full report but we'll summarize for you all.

When dissecting the aggregate changes the Amazon has been going through - primarily from deforestation, agriculture, and changing weather - it appears the Amazon, which has always been protected as a critical force in sequestering carbon and thus reducing greenhouse gas emissions, may be on the brink of doing just the opposite. This is troubling news if we lose yet another critical natural tool in cooling this planet, and pushes us more and more toward that dreaded point of no return on the global warming front.

Critical to this study is looking beyond carbon release vs. carbon capture. Carbon gets the lion share of public discord on greenhouse gases and global warming, but it is not the only player.

For example, the Amazon is getting dryer in certain parts and wetter in others - essentially pushing both conditions to the extreme due to our changing weather + deforestation. The drying wetlands along with soil compacted from logging are increasing emissions of nitrous oxide. While the increase in floods in certain parts is increasing the population of microbes that release methane, a gas 25 times more potent than carbon in terms of warming the atmosphere.

Deforestation, which increased more in Brazil in 2020 than any year prior, is also impacting rainfall patterns. This creates a vicious cycle that is destroying the Amazon and rendering it from climate positive to climate neutral to possibly climate negative.

So the Amazon Is Now A Bad Thing?

No, of course not. If anything, this study is a cry for help to slow down if not completely stop deforestation and return the Amazon back to it's rightful place of contracting human emissions The trees and soil still hold 200 gigatons of carbon, equivalent to 4 to 5 years of human carbon emissions.

However it does remind us that not every forest and every patch of trees are equal. Trees do not serve identical roles in greenhouse gases. A study published on Nature.com shows that some tropical forests are net positive and some net negative in their greenhouse gas scoring. There are many variables at play here. We need to better understand and implement individual programs for specific forests and even tree patches within a forest to maximize their sequestering role rather than a one-size fits all. For example some forests may need more flood protection or nearby dam removal rather than just planting more trees.

We know we sound like a broken record here at Animalia - but it is not as simple as just demanding Brazil protect the Amazon and stop converting it to agriculture. The Brazil economy has to be given room to grow and its people means to make a living - so there needs to be a system for paying countries like Brazil to protect critical rainforests as a Service, rather than only giving them the option of converting it into Goods.

As with all new studies, there is still much to learn here. And more scientists need to verify on their own. So take this as something directional, not yet absolute fact 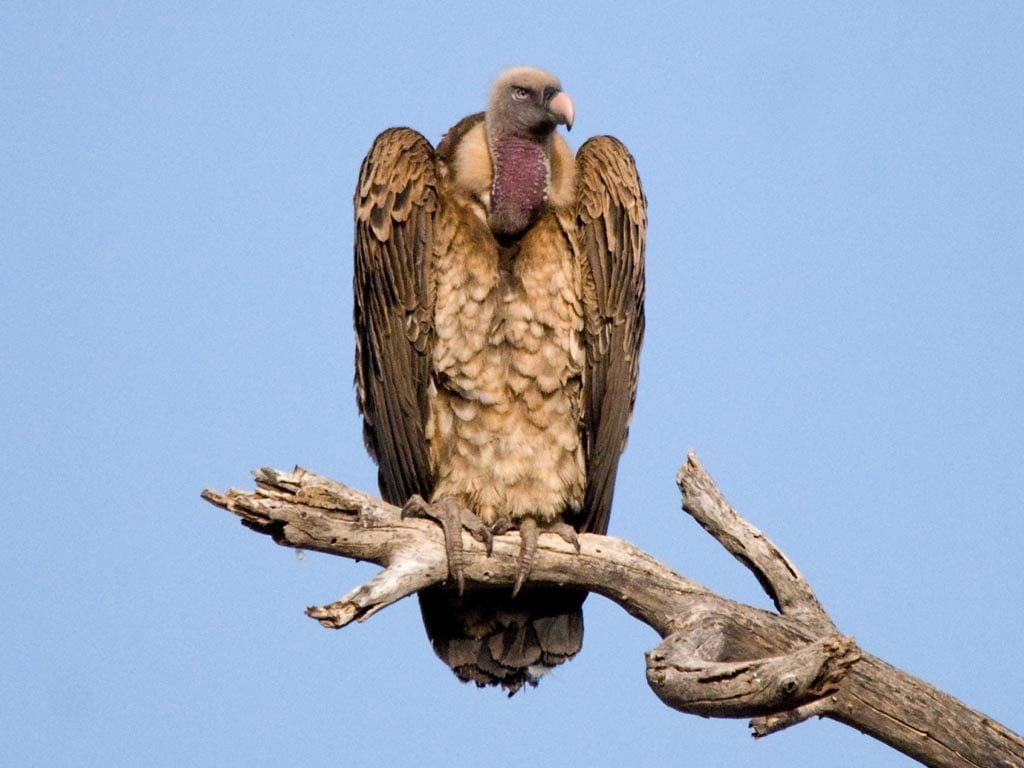 Big news out of Bangladesh this week where they became the first Asian country to completely ban the use of ketoprofen nationwide. Ketoprofen is the most commonly used painkiller in treating cattle. However, it's highly toxic to vultures.

Vultures not only feed on the carcasses of deceased cattle, but in many countries smaller farmers and villagers fully rely on vultures to do so. Over 60% of veterinary clinics in the country rely on ketoprofen as their primary painkiller for farmers. When consumed in the deceased carcass, it causes gout, kidney failure and death in vultures.

Vulture populations are down 90% and listed as Critically Endangered by the ICUN, the highest threat category before extinction. So this is a huge deal. Many ornithologists are calling it one of the most significant developments in the last 50 years.

Why You Should Love Vultures

Besides the fact that vultures are just insanely cool, bad ass looking birds that actually use tools - yes Egyptian vultures use rocks to break eggs - they are immensely valuable to our safety and our environment.

They feed mostly on dead animals and carcasses which would otherwise spread disease. You might ask - but no human would eat a dead animal so what's the big deal? Well, other animals humans eat might if they were lying around, or the disease of a carcass could get washed into a nearby water supply. Want to not have another pandemic anytime soon? Well then let's keep vultures around. As we've learned the hard way, a pandemic can start in any part of the world and quickly transfer across the globe. Vultures are a natural way of mitigating this risk.

They make a meal out of otherwise greenhouse gas emitting corpses. Decaying animals give off carbon. Vultures eat it up instead, churning it back out into fecal matter that can partially decompose into the soil at a more efficient rate.

Finally, vultures are known as umbrella species. What this means is that protecting them will indirectly protect many other species within their ecosystem.

On team vulture yet? Let's hope neighboring countries like India and Pakistan follow-suit here with Bangladesh. It would be great to see this ban of ketoprofen adopted across Africa as well.

In the meantime, let's celebrate this victory with a fascinating video learning about how vultures eat :) 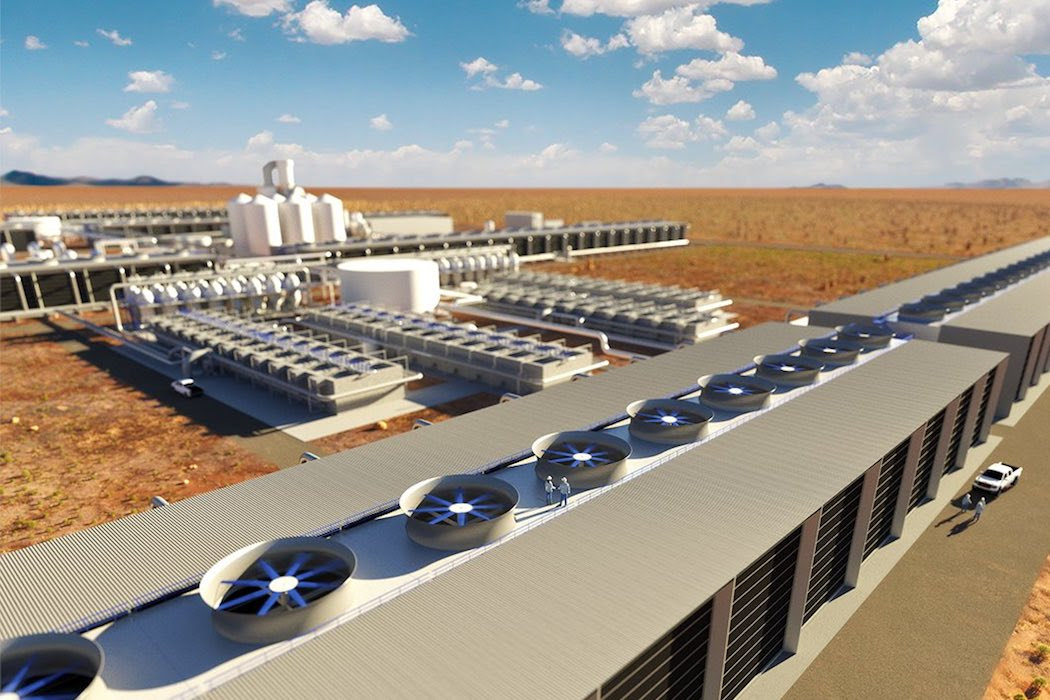 Shopify made some headlines this week when they agreed to be the first commercial buyer of carbon captured via what is known as "direct air capture" technology, in this case created by the company Carbon Engineering.

Ok so in layman's terms....Shopify is purchasing roughly one metric tonne of carbon that Carbon Engineering is pulling out of the atmosphere using their technology to convert into fuels. Shopify is essentially aiming to partially offset their own emissions via the millions of e-commerce stores they power as part of Shopify's larger strategy and investment into climate action.

Who is Carbon Engineering?

There are many companies working on different ways to essentially suck out carbon from the atmosphere, which most climate scientists agree is an important piece of the climate puzzle. Even if we cut back emissions, there is still too much carbon already. Many experts estimate we'll need to suck a trillion tonnes per year by the end of the century, and 9 million tonnes per year by 2030.

The way their system works is quite straightforward. CE has massive fans that suck in air, mix it with potassium hydroxide, which then converts it into carbonate salt. It then goes through a chemical process that separates out the salt, leaving these small pellets, which are then heated to release a pure CO2 gas.

So what then happens to that CO2? Shopify is buying it but where does it go? Well, CE says they will be turning it into a new type of clean fuel OR injecting it underground where it originally came from. However, as it turns out, they struck a deal with oil giant Occidental in 2019 to inject it at their drilling sites to aid oil removal - a process known as enhanced oil recovery. Not ideal, but compared to the alternative methods for enhanced oil recovery, this is cleaner and it's a 1st step.

As we learn more and more about these PR worthy announcements, they are never as clean as we might hope. We already explained how CE is using this to enhance oil drilling, although in the short term we are ok with that to fund the carbon capture technology.

However we definitely do not like offsets. Offsets are the mechanism every major corporation is using get to net-zero. Instead of changing their own businesses to make them greener, they are sticking with their polluting ways and offsetting that with things like buying carbon credits or investing in speculative climate technology.

It's as if someone was psychologically abusing their children, and saying, you know, rather than stopping the abuse, I'm gonna keep doing it but I'll throw some donations at the local children's hospital. How would you feel about that?

Screw the offsets. Change your business. 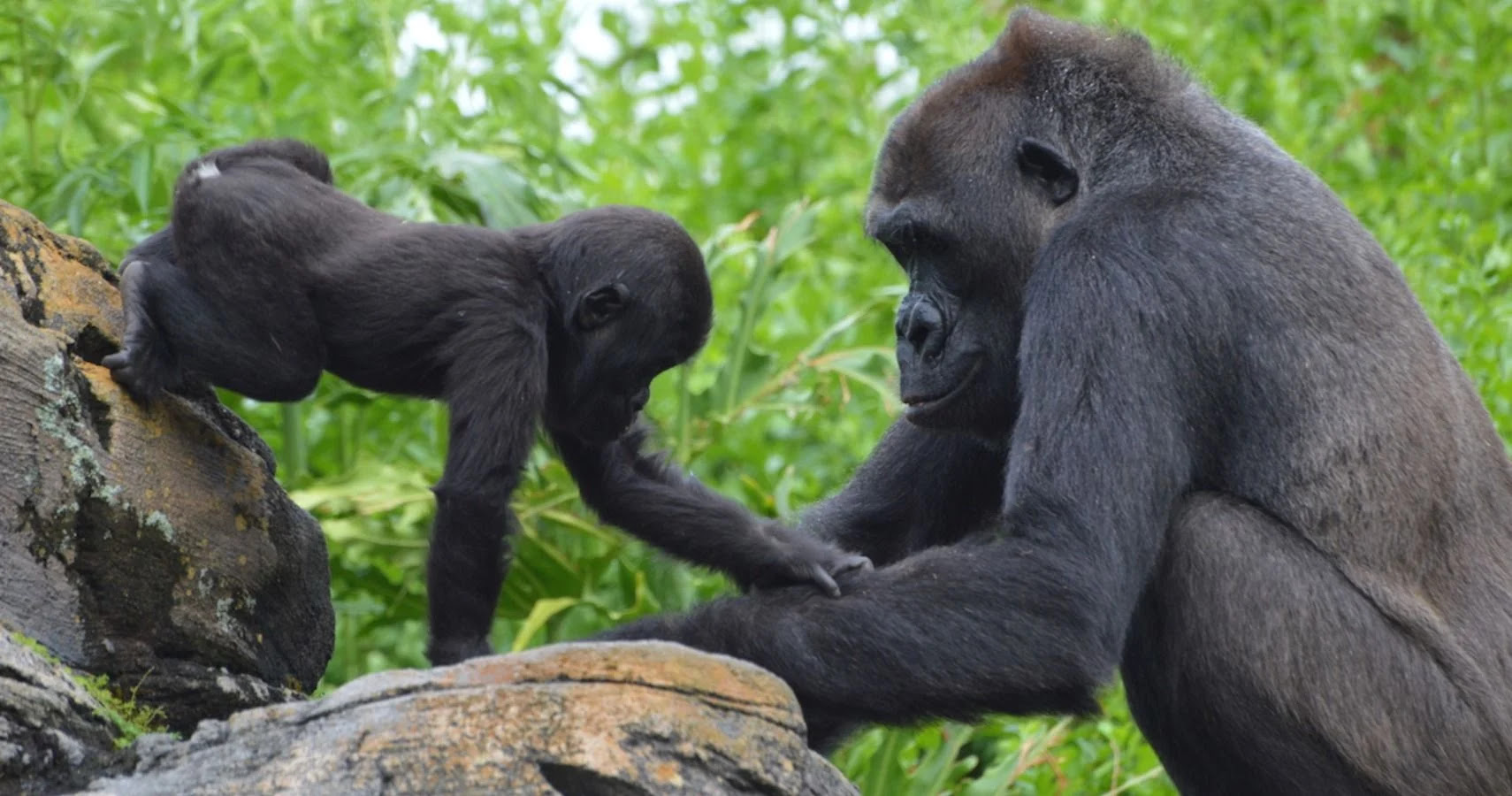 If you aren't familiar by now with WallStreetBets - its the infamous SubReddit being used to organize thousands of small to mid-size retail investors to push specific stock prices up. Most notably GameStop, which shot up over 1,700% at the end of January and has been a rollercoaster ever since.

This SubReddit has not only turned into a powerful Wall Street force, but now a conservation one as well.

One of the many nicknames given to this group is "Ape Gang", which stems from a joke that they are all just monkeys pressing keyboards to buy stocks. So this past weekend, one user posted that they had sent a donation to the Dian Fossey Gorilla Fund to adopt their own gorilla.

Within just a few days, over $265,000 was donated to the Dian Fossey fund! Proving that SubReddits can take conservation work to the moon as well.

We here at Animalia have mixed feelings towards wildlife adoption programs. On one hand, they of course can rally support and raise much needed funds, as we are seeing here with WallStreetBets & Gorillas.

To be clear, nobody has bad intentions when putting out an adoption fundraiser. Many of our partners do the same. However we wonder if there is a better alternate out there that doesn't indirectly message the idea of ownership.

S2:E7 The Importance of Citizen Science with Danni Washington

Cannabis Isn't So Green After All